First message in a long time - a few of us visited Wayland Games last night to try the facilities available now the gaming centre has reopened. Suffice to say the amount of tables is significantly reduced and it's necessary to book in advance.

I ran a Napoleonic Naval game for Matt and Paul (good to see Matt again after a long absence due to illness) while Mike and Steve B were trialling a Lion Rampant variant for Boudica's revolt using Mike's Romans and Celts - suffice to say I was able to fulfil my objective in the naval game, while Mike has decalred the LR game as a 'practise' (which seems to happen when he loses . . .) 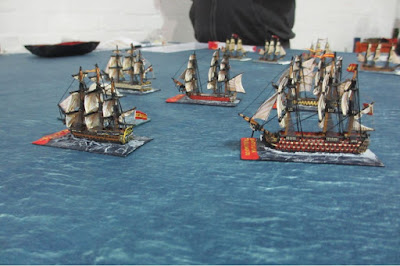 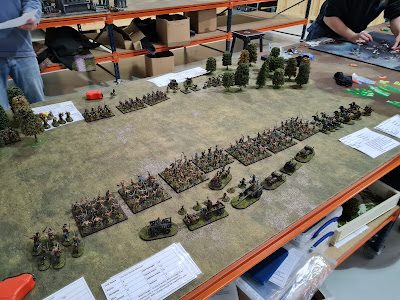 I've booked a table for an ACW naval game next week, so come along and sink something.


A decent turnout last night with two good games. Andy P ran his sci-fi skirmish game for the bulk of those present, while I set up a Napoleonic Rebels and Patriots game for Steves H & B, Mike and myself. The Scenario required the British to retain control of the hill and town, whilst the French had the option of taking control of either objective. Sadly time beat us in the end, but the game was most enjoyable and looked great. 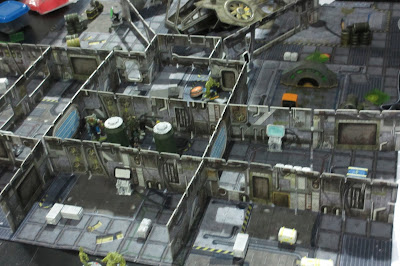 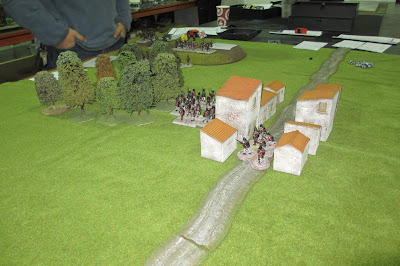 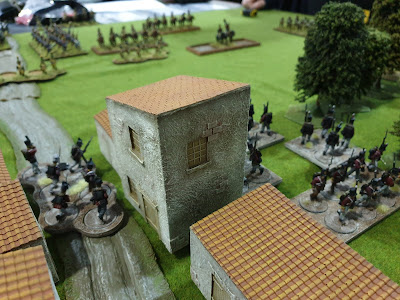 Next week, Steve S has offered to run a sci-fi version of TUSK game. I've finally received my new WW1 aerial mat from tinywargames.co.uk and very nice it is to! I'll run a Wings of Glory game for interested parties - flying helmet and goggles essential, stick of wet celery optional.


Reasonable turnout; two games took place. Dave K ran Star Wars Imperial Assault for Steve S, Mark, Rob and Andy P, while Steve H and I played another Memoir 44 scenario. This time we played Beda Fomm 1940, using the Western Desert boards and additional rules. The Italian forces had to force their way through the British blocking force, and due to poor early dice rolls on my part and the Command card 'issues' they nearly made it. Fortunately for the Brits, the employment of the 'Their Finest Hour' card and much improved dice rolls meant I just squeaked a win. That's a two for two with this game - maybe I should play it more often? 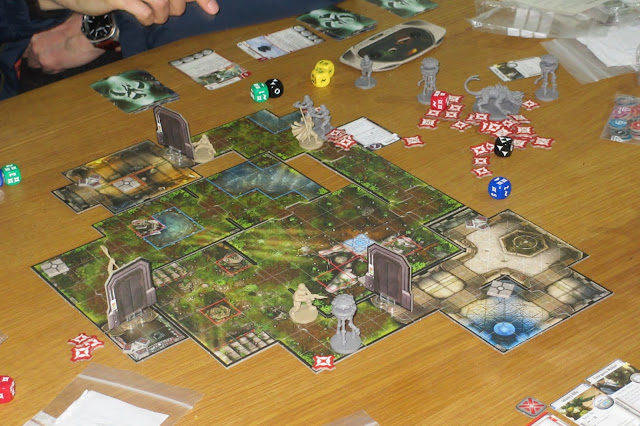 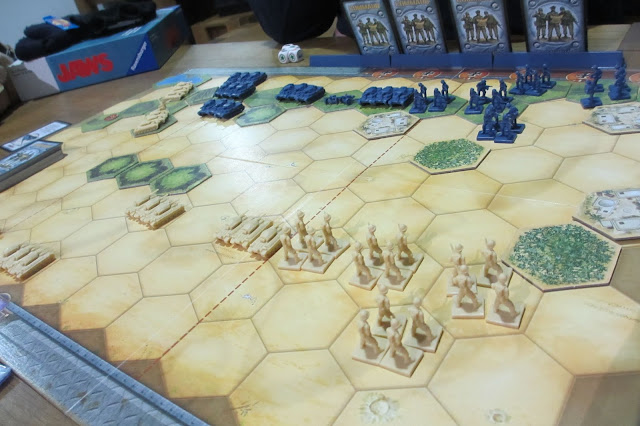 Next week, Andy P has offered to run his Sci-Fi game, and I'm trying to arrange a Rebels and Patriots Napoleonic game with Mike. the game we played at my place a while back worked so well I've been cleaning up my old collection of Peninsular War French, and painting up some new bits pending a complete revision when time permits.


Numbers were back up this week and we ran three games.


Rob put on a Fallout game, Dave K and Steve S played Mad Dogs with Guns, and Steve H, Mike and I tried out his new 100 Years War forces with Lion Rampant. I suggested we 'refought' Agincourt, but using reduced French Forces to attempt the plan of battle suggested by Marshall Bouccicaut prior to the battle, Mike and I therefore valiantly charged and had our valiant French bottoms soundly kicked by Steve, in charge of the English. Nice to see high medieval forces on the table (as I'd sold this collection unpainted to Mike before Christmas and he's painted the lot in the meantime!), I gather the other games went well. 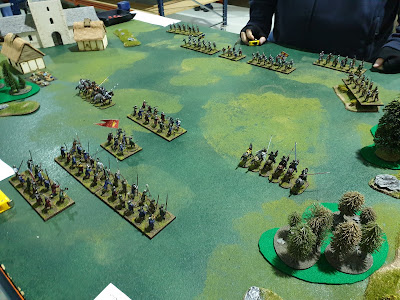 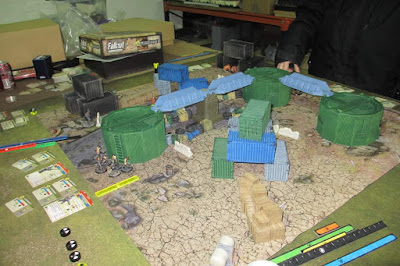 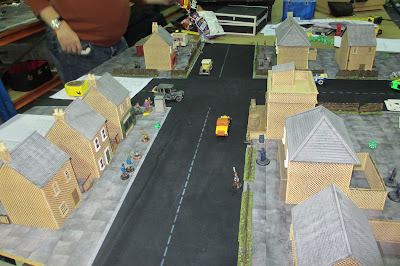 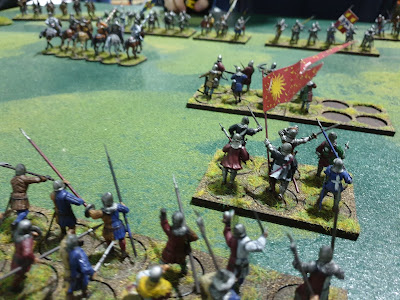 Next week I'll bring Memoir 44 and a back up game. I understand Dave K has offered to run Star Wars Imperial Assault for those involved in the campaign.


Slightly down on numbers this week, but we ran two board games. Dave K ran a Star Wars Imperial Assault mission for Mark, Andy P and Rob whilst Steve H and I played the Pegasus Bridge scenario from Memoir 44. The Rebels fulfilled their mission, while I was able to score a win for the Germans in Memoir 44 due to a slightly better hand of mission cards, which helped me to operate across the board. 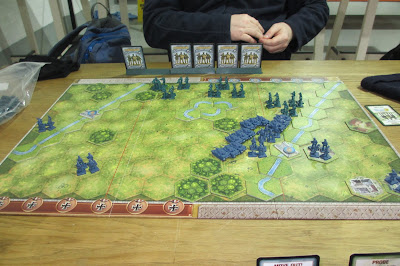 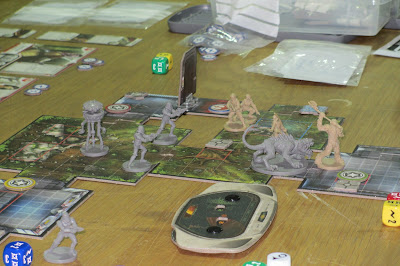 A reminder that the club will be attending Cavalier at the Angel Centre in Tonbridge this coming Sunday. Planned roadworks on the A21 mean a detour en route is required, but full details can be found at www.twws.org.uk. Hope to see some of you then.


We ran three games last night; Mike and Steve B were playing Bolt Action (where the Germans successfully held the hedgerows from the Canadian attack), while Andy P ran the Labyrinth board game for most of the rest of those present. Steve H, Dave K, Paul and I ran a further test game of the Men Who Would Be Kings ahead of it's appearance at the Cavalier show on the 23rd. This time, my Beja tribesmen took on the Suakin Field Force. Although heavily outnumbered and losing their supporting cavalry when they were caught at the halt by the Beja warband, the British were able to literally destroy most of the foe with concentrated rifle fire (and some well nigh amazing dice rolls on my part) and pull off a win. Admittedly the Beja were forced to make a head on attack by the available space on table, but a chance for those less familiar with the rules to get a game in was worthwhile. 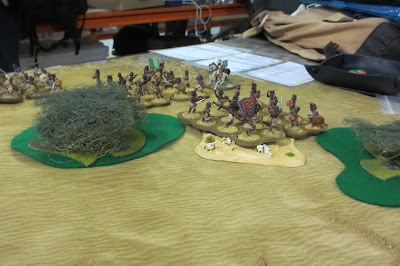 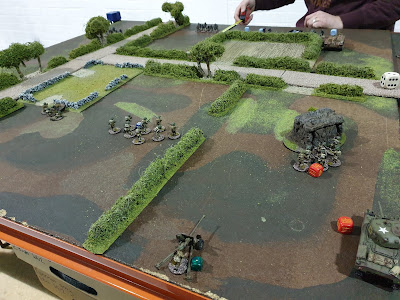 I've agreed to bring Memoir 44 next week and await details of any other games arranged.

Email ThisBlogThis!Share to TwitterShare to FacebookShare to Pinterest
Labels: Board Games, Bolt Action, Games Played, The Men Who Would Be Kings, WW2


Numbers were back up to near normal last night, so I was able to run a Battlefleet Gothic game for all those present. Although there was no clear result, the game saw some serious action and was apparently enjoyed by all. 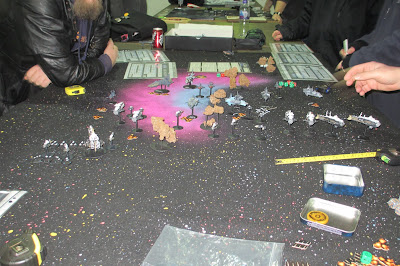 The Cavalier show will be held on Sunday 23/02/20. I've noted from the TWWS website that there are roadworks on the A21 which will require a detour to reach Tonbridge. Check their website for details.


Next week I've offered to run another colonial game using the Men Who Would Be Kings rules as a training session before the game at Cavalier. 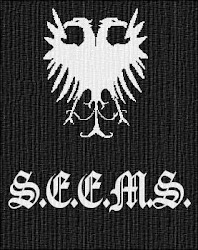